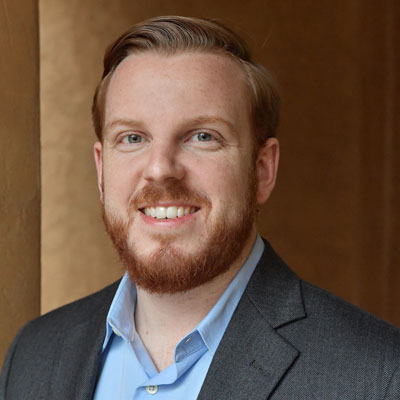 Ben began his insurance career in the commercial actuarial department at Farmers Insurance. Preferring to focus on work rather than actuarial exams, he moved on to a product management role at Farmers. In order to branch out and expand his knowledge of the insurance marketplace, Ben joined an MGA in San Diego, CA. By the end of his time there, he was the program manager for an E&S Commercial Package Program, with an emphasis on Construction.

Ben joined Topa Insurance in 2017 as a Senior Product Manager and was later promoted to Group Product Manager. In his current role as Director of Programs, Ben is responsible for the P&L of all program business and relationships with our program partners.

In his spare time, Ben loves to travel and thinks the best way to discover a city is through food and beer. He also spends as much time (and money) as possible spoiling his dog.

You probably didn’t know... I’m a descendant of the 10th US President, John Tyler